Why I Still Go To The Gym – HuffPost blog

Why I Still (Kinda, Sorta) Go to the Gym
By

Through my thirty years of living with HIV, there has been one consistency.

Relationships and friendships have come and gone, illnesses have brought me to the brink of death and back to full health, medications have changed, many deaths have been mourned, careers have been thwarted and reimagined, hope has changed to despair and back to hope, often multiple times on the same day.

But I have always kept a gym membership. 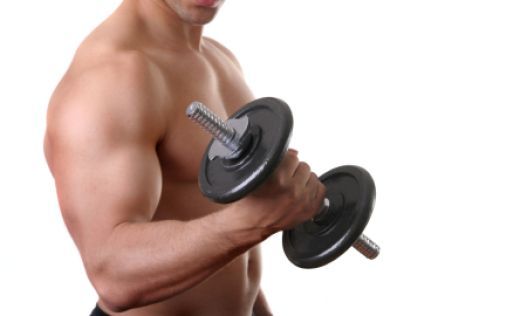 When I arrived in New York City in the summer of 1980, at age twenty-two, I was more than ready to embrace my true self. After denying my sexuality all through suburban Massachusetts high school and wholesome midwestern university, dating women and believing that there was something deeply wrong with me, I could reinvent myself in a city where I was a blank slate and virtually anonymous.

I knew that I if wanted to attract the kind of masculine jocks I lusted after during my college years, I had to become one of them. I ate a lot of tuna fish, lost twenty pounds of fat and began lifting weights at a local Jack LaLanne.

This was the perfect activity for me. I wasn’t a particularly athletic kid, but I did enjoy the challenge of sports that I could practice on my own: shooting hoops in the driveway, slamming tennis balls with my racket against the garage door. I was competitive with myself, always trying to score more points, return more backhands, do more pushups than the week before. Going to a gym was something I could do on my own and at my own pace. And I could mark the progress.

Gyms in the early ’80s were pretty basic, consisting mainly of free weights, Nautilus machines and treadmills. At first, I didn’t know what I was doing. But I learned through observing and asking questions. I kept a notebook with me and I thrived on the challenge of increasing my levels and my weights each week.

I began to see immediate results, transforming from a slightly pudgy duckling who never put much thought into his appearance into a sleeker, more muscular swan. I became aware of my body for the first time, and I was proud of it.

I began to build confidence and went to my first gay bars, meeting men I was attracted to and who were attracted to me. The validation was enormous and I reveled in my newly-found attention. I suddenly became desirable. And after years of pent-up adolescent horniness, it felt wonderful.

Just as I arrived in New York with my newfound freedom, news of the “gay plague” and “gay cancer” began popping up in the back pages of The New York Times, barely noticed by the general population.

As the AIDS epidemic began cloaking the city with its insidious darkness, picking off gay men like a bowling ball being arbitrarily tossed down an alley of tenpins, the fear of sex drove some gay men to celibacy. Others were determined to avoid being perceived as one of the “others”, marked by muscle wasting and gauntness. And so gay men began joining gyms. In droves. A new addiction was born out of fear: spending hours at the gym, gaining muscle, avoiding sex and poppers and the Saint disco would certainly stave off the Angel of Death, at least for the moment.

After I acquired the virus in 1984, I continued to see the gym as my refuge, a place where I could actualize my vitality. If I could still break a sweat on a Stairmaster and pump weights of increasing increments, then I couldn’t be dying, could I?

By the time I moved to Boston in 1989, the gym craze had exploded in gay communities. In the neighborhood where I settled, the South End, there were two gyms frequented by gay men. Everyone had opinions about which one I should join.

There was Mike’s Gym, the “real man” gym: clanking weights and serious grunters, a little out of the way from the gay ghetto, down an alley, where the men were bigger, beefier, less perceivably the “stereotypical” gay man.

And then there was the Metropolitan Gym, the “foofy” gym (according to those at Mike’s): well-lit and modern, attracting a more slender, more animated crowd of “South End gays”, lifting less weight and taking more aerobics classes (now a popular addition to the gym scene.)

Mike’s played AM rock from a radio station through its tinny sound system. The Metropolitan had a state-of-the-art playlist that included the latest Madonna and Pet Shop Boys.

My inclination was to join Mike’s. But the Metropolitan was two blocks from my office and I knew I could at least take a Steps aerobics class on my lunch hour, so I joined the Met. And as I began to know more people in the area, the gym did become a social outlet, gossip included.

During my ’90s decade in Boston, I developed illnesses related to the virus and to the medications: AZT-related anemia requiring a transfusion, shingles, frequent sinus infections and a gastrointestinal bug appropriately named cryptosporidium. And, despite developing fevers and fatigue so bad that I would often nod off at my desk, I looked forward to the short walk to the gym during lunch or after work and after each workout or Aerobics class I could tell myself that I was still capable of physical activity. I could say, “I’m still here.”

And then in 1996, the miracle that no one expected occurred and the drug cocktail suddenly changed the course of the epidemic. I moved back to NYC at the end of 1998, with the ineffable hope that now, after so many years of fear, loss and personal illness, the nightmare would be over.

I joined a gym even before finding an apartment. And I continued to switch gyms as I changed neighborhoods, knowing that, for me, proximity was directly related to the number of times a week I would actually don gym clothes and drag myself out of the apartment.

My fatigue remained unabated, despite having a wonderful medical team dedicated to getting to the bottom of this unexplained malady. No amount of prescription meds, holistic treatments or mind/body therapies could alleviate the feeling of heavy cobwebs in my brain.

But I continued to find work. And I continued to work out, having learned that the exhaustion affected my head more than my body; once I got on a Elliptical machine and pressed “GO”, I was like a post-apocalyptic zombie; my feet could move even though my head felt like it was stuffed with cotton balls.

At my first New York gym called Prescriptive (which then became a Gold’s), I hired a trainer to motivate me. My doctor prescribed testosterone and anabolic steroid shots, de rigueur protocol by the year 2000 for the treatment of muscle wasting. The results were impressive. Not only did my muscle mass increase dramatically, but I looked healthy. I was exhausted, but I looked terrific.

During the past years, I have been the veritable poster boy for the “Lazarus Syndrome”, the term used by medical and psychosocial experts to identify the new challenges facing the longer survivor. Since 2004, I have developed many of the illnesses that inevitably occur in those of us who survived the initial battle, ticking them off the checklist like a To Do list: Two separate occurrences of Non-Hodgkins lymphoma and the accompanying infections associated with the treatments, a heart attack, diabetes, bone loss, gum loss, facial wasting (lipoatrophy), belly bloating (lipodystrophy), and the continuing psychological effects of PTSD, depression, anxiety and ongoing fatigue.

I live now in the fashionable Meatpacking district, and there is a state-of-the-art high-end gym attached to my building. I can actually take the elevator and never have to step outside.

And yet, getting there is more of a chore than ever. I am older. I have less motivation. I have lower and upper back tension, a bum knee and shoulder spurs that, unless I opt for surgery, prevent me from bench pressing or lifting any heavy weights over my head. Thanks to Ed, my once-a-week trainer at Equinox, I have been able to alter my workouts to put less stress on my shoulders, i.e. less free weights, more machines. And the oh-so-important, yet oft-neglected stretching.

It’s the getting there that is tough. Telling myself to get up, to put on one sock and then another, used to be easier. I am constantly fighting the “What does it matter” syndrome. I play mind tricks with myself, sometimes texting Ed, “I’m coming down!”, even when we both know I don’t have an appointment. Whatever works.

As someone who has somehow survived the war but is still in the battle, I am constantly negotiating the fine line between ability and disability, health and sickness, hope and despondency. As someone who considers himself an “all or nothing” kind of guy, I am trying to learn to live in the grey area, convincing myself that a little bit of something some of the time is better than nothing at all. Every day, I negotiate the fine line between letting go and giving up, between accepting my limitations and getting frustrated by them. I am trying to be gentle with myself – not an easy task for someone who feels most comfortable in the zone of self-flagellation. I have friends who have given up. The losses of the past and their current physical and mental health obstacles are too difficult to overcome. They have given up on hope. They have given up on happiness. They have given up on life.

I understand them. I understand why they want to isolate and give up. I have been there, too. But somewhere down the line, I made a decision. I am not ready to disappear down that rabbit hole yet.

So I will continue making it to the gym when I can, thirty years after my HIV infection. Gyms have changed. Fads come and go. Yesterday: Nautilus and Step Aerobics; today: Foam rolling and SoulCycle spinning groups.

I wonder what the next fad will be?